August 20-26 is National Employee Freedom Week: a national effort to inform union employees about the freedoms and options they have regarding union membership and empower them to make the decision that’s best for them. 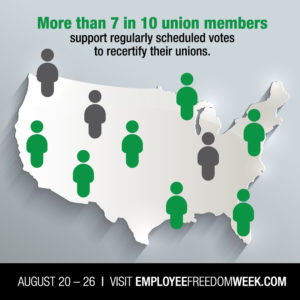 Union members often have more options than they think – even if they live in Forced Union states. You do not HAVE to give up so much of your hard-earned paycheck to support a union you didn’t choose.

Learn more about your rights here. 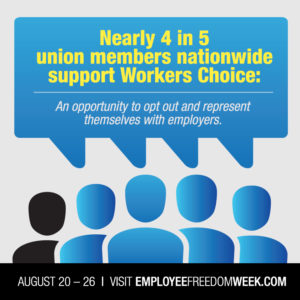 The campaign has ended